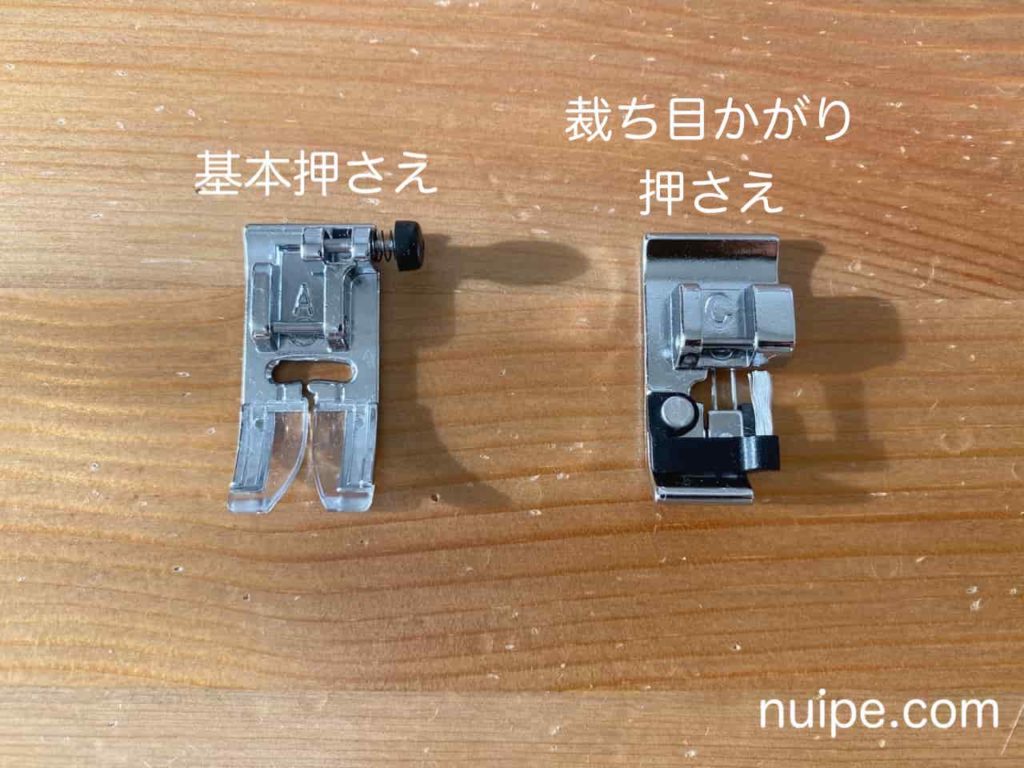 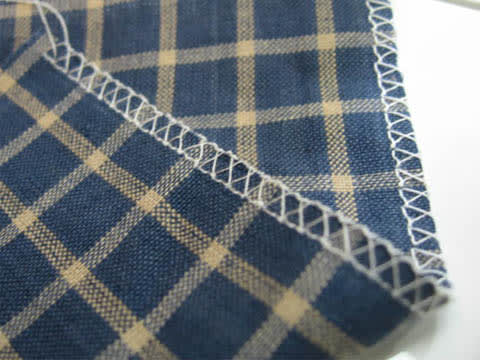 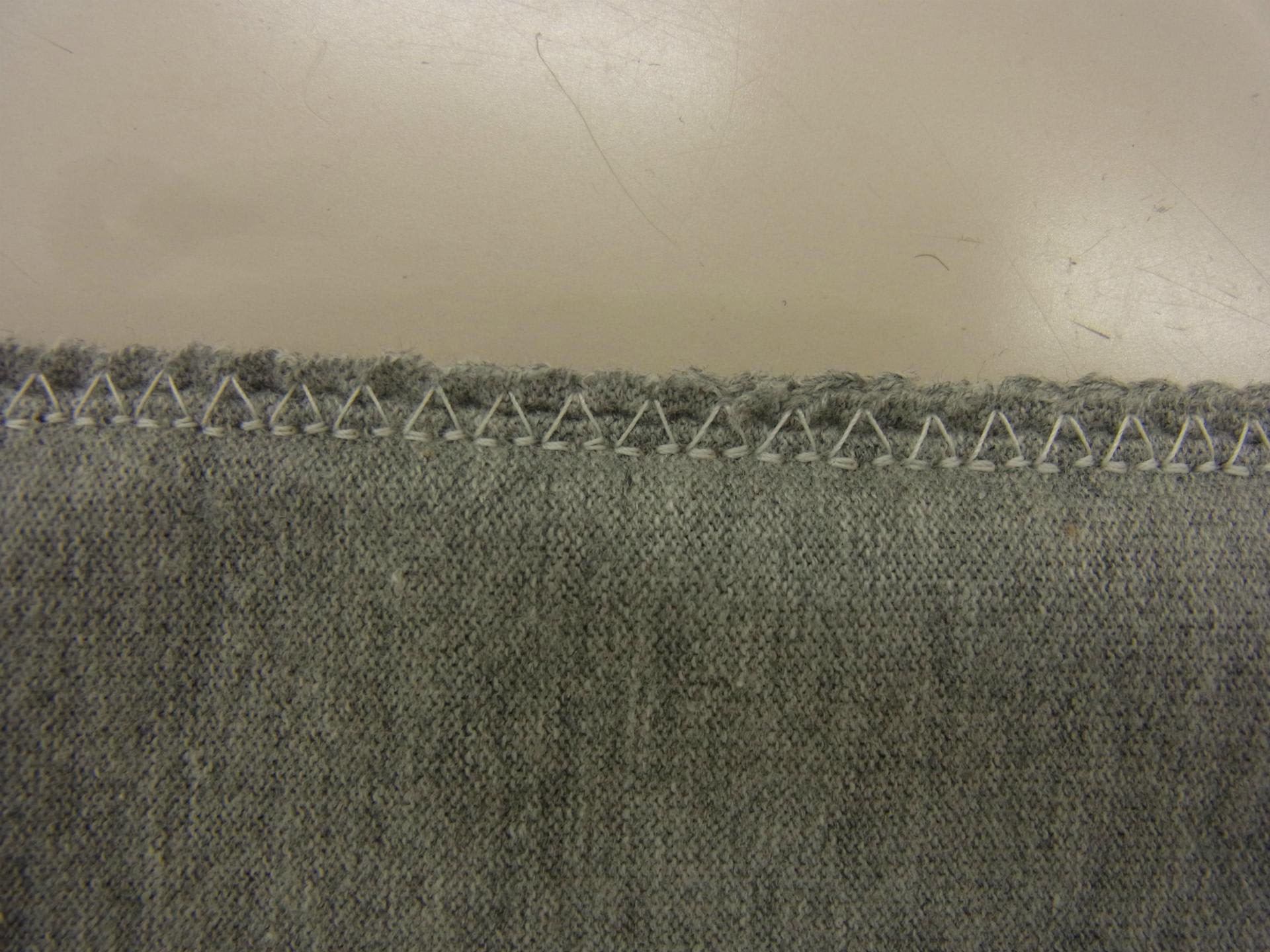 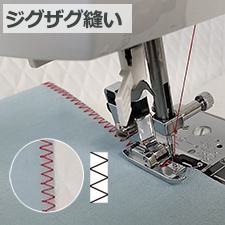 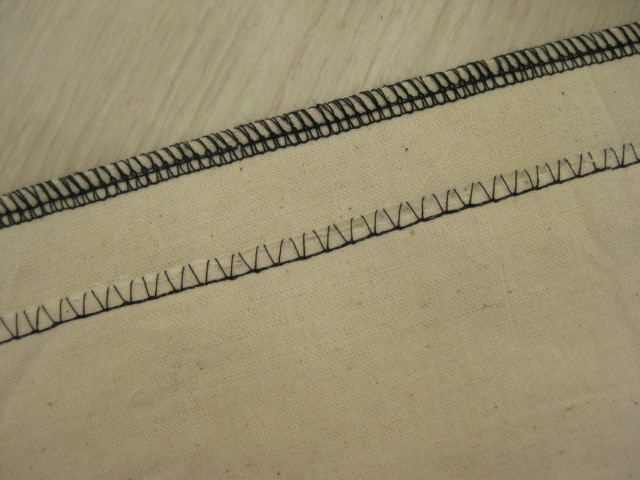 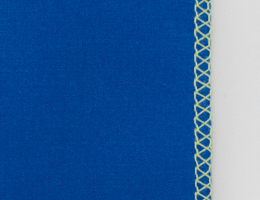 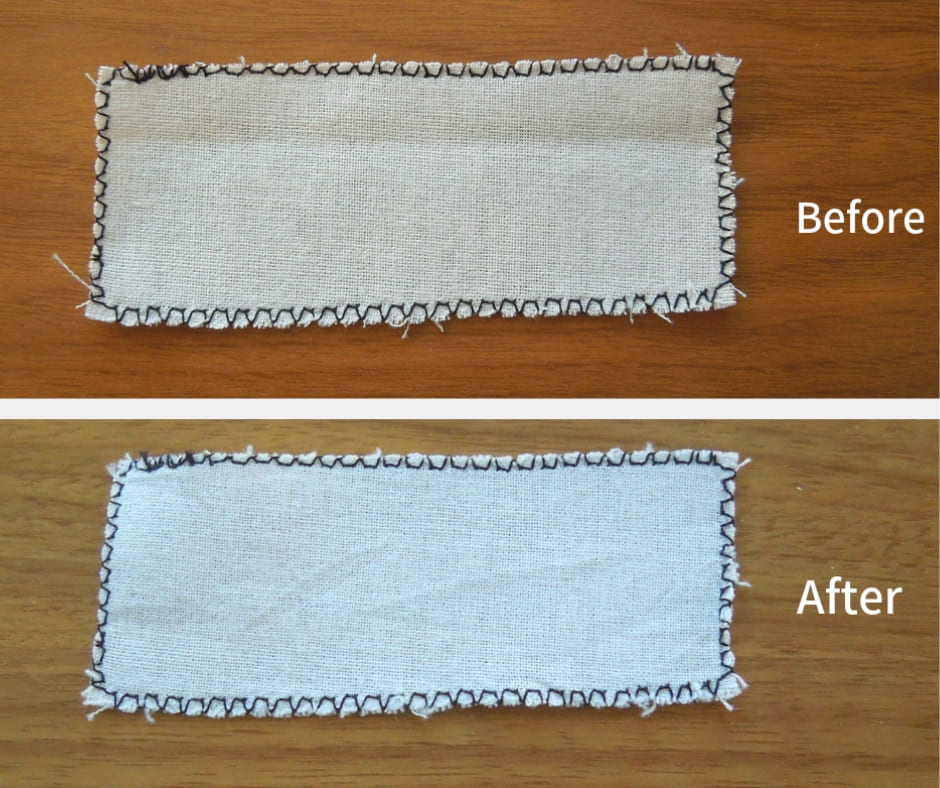 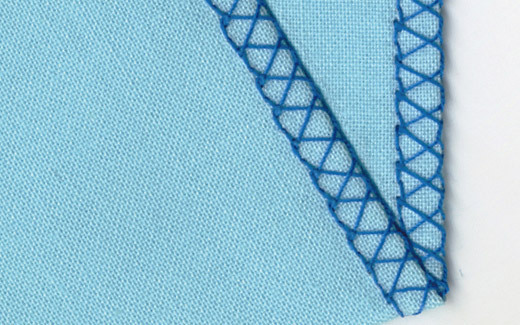 Fusible interfacing tape Available in a variety of narrow widths, this tape heat fuses to fabric to stabilize a seam or edge. Linings should be washable if the garment is washable and should be prewashed. Corderoy and velvet are good examples of fabric which has a nap or a pile. Feed dog The "teeth" under the plate on the sewing machine that move fabric as it is sewn. Can be purchased ready-cut with folds pressed in. Also called "hem depth," it varies with the garment style and sewing technique. Ironing Ironing is done by moving the iron back and forth over fabric. When done by machine, many use a satin stitch tight zig zag. The hook and eye is used at the upper back of many dresses and often on lingerie. Traditions vary; some people cut through the center of this line, others cut just to the outside of this line. When cutting out a pattern, care should be taken to keep fabric pieces going in the same direction nap-wise unless one is intentionally mixing naps and piles to produce a different kind of look. Also a decorative hand stitch. Keyhole Rounded neckline with an inverted, wedge-shaped opening at front or back. It is a line parallel to the selvage on fabric. Match point A point marked on one pattern piece for the purpose of matching a similar point marked on a second pattern piece. Compass rule Any means of making a radius to form a circle such as a pin on one end of a string and a marking device on the other. Bias-bound Bias strips of fabric used to cover a seam edge or enclose raw edges. Applique can be done with or without a fusible or stabilizer. A lining is cut of the same pattern pieces as the garment and often is made of "slippery" fabrics. Buttonholes are mostly made by machine these days, but many people do still prefer to make them by hand, using a special buttonhole stitch. French curve A drafting tool that enables you to draw smooth curves. A lot of gussets were used in the early 50s that were diamond shaped and were used under the arm of a dress to give it more movement. Jeweler's knot A knot tied on a strand and then pulled down on a pin or needle to the base of the thread. A generally inexpensive woven fabric used to make crafts, back quilts, or to make draft or trial garments. Invisible zippers A zipper designed to disappear into a seam when sewn in. Cording is covered with bias strips of fabric when used for most decorative applications such as edging a pillow. This is the stretchiest part on the fabric. Usually used in collars, cuffs, plackets, some waistbands and pockets, and facings. Often used to add support to a hem. Hook and loop tape a two part fastening device that can be sewn or glued in place. It provides a minimal amount of warmth and usually extends the life of a garment. Other decorative effects can be achieved by zig-zagging over cording on a fabric for a raised design. Batiste A fine woven cotton fabric. Use a special sewing foot for this or turn the hem up with your fingers. Adjust for thread and fabric variances. Grosgrain ribbon Characterized by woven ridges, grosgrain ribbon is very stable and comes in many widths. They are commonly cut outward and should be matched on seams when joining for sewing. Double-layer layout A pattern layout intended for two layers of fabric, usually including a fold for cutting half pattern pieces. Stitches are made at right angles to the fabric, creating a ladder-like formation between the fabrics, which are tightened and rendered invisible. Sewing in various ways usually a form of topstitching. It is always placed along the lengthwise grain. This is not a basting stitch and should be repeated several times on the machine to make a very short run of satin stitching. This technique hides the stitch in the fold along the edge. Interfacing can be fusible using your iron to release an adhesive or not sewn in. Milliner's needle originally used by hat makers, this is a long, thin needle that does not get wider toward the eye. This allowance is folded inside the garment before it is sewn. Ironing is generally not utilized when sewing. Closure That which opens or closes a garment buttons, snaps, etc. Float-stitch Loosely tack fabric with stitches that are not pulled tight. This can be done with sew-on patches, iron-on patches, stitching by machine or hand in a variety of manners, or whatever method is convenient. Notions A term used for any item used for sewing other than the fabric and the machine. Looper stitches These are stitches formed by the looper section of a serger or overlocker. Mitering is used for quilts corners, craft projects, some vests and jackets, and sometimes on collars or other decorative areas of a garment. It is stretchy and takes curves easily. Nap Nap is the "fuzzy" part of a fabric that is usually directional in nature. The lengthwise grain is parallel to the selvage and is the warp; cross-grain threads cross the grain and are perpendicular to the selvage. If smoothed with the hand in one direction, nap is typically shiny in one direction and not shiny in the other. Contrasting Opposing; showing off differences of color, fabric, shading, etc. Hand The way a fabric feels in the hand, e. Mitered bindings When bindings meet at a 90 degree angle and a 45 degree seam divides them causing a diagonal seam. A dart point is marked by a dot. By hand, blind stitching is often used. Usually contains 12 to 20 yards Boning Narrow strips used to stiffen a garment, usually made of plastic, metal, or bone; Flexible strips used to stiffen seams or edges. Fusible basting tape A temporary adhesive tape that permanently fuses. It is formed with cross-shaped stitches on either side of an edge.。